Some Concerns of Pop Singers

For the most part I see people from the professional pop world because they have serious stamina and vocal issues so I felt that I would like to talk about this in an article. I am going to take two examples to illustrate some of the problems and to show that they can be addressed.

The first example is male lead singer from an excellent band. His manager brought him to the studio because he was having more and more trouble sustaining high notes and lasting through an evening. More and more dates were coming. This talented artist’s confidence was dwindling under the pressure and the situation needed to be turned around.

This artist sat and performed at the keyboard so I asked him to sing and play. It was obvious to me that there were certain ergonomic considerations to be discussed. I worked vocally with him standing. He could feel the same vocal posture sitting down.

His cords were not coming together; too much air was blowing them apart making the muscles of his throat very tired. His singing and speaking voice were affected. After I showed him how to balance his physique differently his upper body dropped away much of the tension that had built up. This made him feel much happier. By the end of the lesson his tongue was so released that he managed the 2 octave cuperto exercise. (This cuperto exercise is like a massage for the larynx. This has been proved scientifically now through David Jones’ work with voice scientists using cameras. The singer though can feel these benefits see: the cuperto exercise). Old vocal techniques showed this young pop artist of the 21 century the way to vocal health – it is a funny world! He gained a useful understanding of what to do to keep his voice in working order, and further more realized that slight adjustments in body posture in every day life benefited his throat by relaxing it. His vocal form improved markedly and his speaking voice also cleared, he looked much happier.

Singers are like athletes. Athletes need to find form. It is very difficult to find form if you do not know how to find it.

The second example is a lovely girl who came with very serious vocal damage. She had only a few notes left in the bottom of her voice so she had stopped singing in despair and now worked long hours in a pressurised job. She came one evening every week. It took a year to repair and the funny thing was she never practised except very minimally. She thought carefully about the information though and I have found in other instances that this works well and sometimes especially at first it is a very positive way to proceed.

You can imagine that she needed a lot of encouragement to rebuild her talent but once she began to feel the higher overtones through the exercises that helped her release she suddenly began to feel much better. She found a robust middle voice and notes in a higher range as well that she never knew she had.

The cause of the trouble in the first place was the chest voice, which she had been overusing. It had been heavily overdeveloped and the whole voice had become so lopsided, so to speak, that eventually it had capsized. Voices are a bit like floating vessels - if you put all the heavy things in one end they are inclined to sink. Every voice has a high register and a low one and there should be blending of the two happening otherwise a hole develops in the middle which can get bigger. It is well to take some contingency plans and become informed to stop that gap widening.

Anyway this is the end of the story. She decided to accept an invitation to sing at a friend’s wedding. She and the bride between them chose a set of 10 songs. All the songs were repertoire she never would have tackled before. It went very well. After that, she felt very confident. 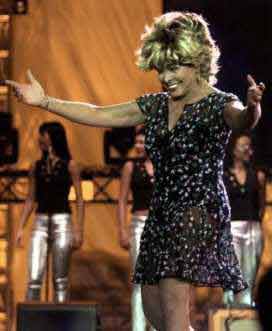 This is a classically oriented website but it still has much information that is relevant to a pop artist.

Tina Turner is a prime example of someone who knows what she is doing that is why she survived. At the party in her home to celebrate her last big ‘O’ birthday she sang a beautiful operatic aria just for fun – and why not!

Good luck with your vocal journey