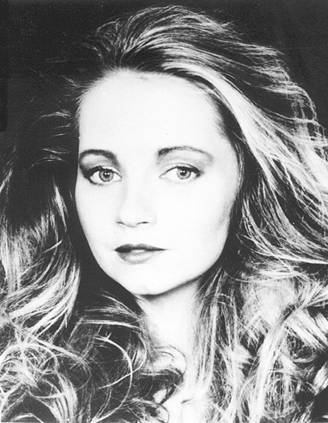 Known professionally as Cathryn Pope, Cathy Pope studied at the Royal College of Music and National Opera Studio in London. Beginning her professional singing career after John Copley chose her to sing the role of Sophie in his production of Werther with Charles Mackerras in 1982 at English National Opera and then as Giannetta in Donizetti’s L’Elisir d’Amore with Covent Garden and internationally as Gretel in Hänsel and Gretel at the Netherlands Opera in Amsterdam. She was chosen by Chially to record Anne Truelove in Stravinsky’s Rake’s Progress.

Her debut with English National Opera started a long and fruitful association with the house during the “power house” years. She was acclaimed in many major roles at English National Opera such at as Gretel in Hänsel and Gretel 1987 and 1990, Despina in Cosi fan Tutte 1988, Oksana in Christmas Eve 1988, Leila in The Pearl Fishers 1988, Mélisande in Pelléas and Mélisande 1990, Pamina in The Magic Flute 1990, Donna Elvira in Don Giovanni 1991, Susanna in The Marriage of Figaro 1991 and 1993, Goosegirl in Königskinder 1992, Michaela in Carmen and Tatyana in Eugene Onegin 1994. Other roles performed include: Marguerite in Faust, Nedda in Pagliacci, Emma in Khovanshchina and Giorgetta in Il Tabarro.

Cathy Pope has worked with many conductors and producers and has been invited to many other major opera venues in Britain and abroad. She has appeared on the concert platform frequently with major orchestras.

She has also recorded for radio many times including Christmas Eve in Russian with the BBC Symphony Orchestra under Sir Edward Downes. She appeared in the BBC adaptation of Clarissa as an opera singer performing the role of Dido in Dido and Aeneas, and there are also video recordings of her performances in Hansel and Gretel, Rape of Lucretia and Rusalka.

Since in 1998 she has taught singing. She has worked with David Jones of New York. She teaches online or at her home in Walton on Thames near London.

Pictures of Cathryn Pope on Stage 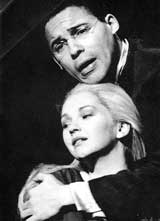 Place mouse over picture to see details of role. Click for larger version.